For the past few hours, I've been working on dockerizing a Nuxt.js server-side rendering app to be deployed to AWS Elastic Container Service (ECS). I hit a stone wall when environment variables are not properly injected on runtime on ECS.

In this post, I will walk us through steps to properly dockerize Nuxt.js SSR apps and share some of the lessons I learnt.

There are 2 major ways to dockerize Nuxt.js apps, and each of them has its shortcomings:

For this post, I will be using the first method, "Nuxt build on run".

Let's revisit how environment variables work in Nuxt apps. Some of us may already be familiar with the env property in nuxt.config.js, which allows us to inject sensitive values from your terminal environment to the app on runtime.

From the snippet above, DB_URI is read and injected to dbUri when we run the app for any purpose. (nuxt start, nuxt build or nuxt)

How to safely inject environment variables into Dockerized Nuxt.js on runtime?

By adopting "Nuxt build on run", we adhere to:

Principle 1: Build and serve on runtime!

In my package.json, I added a script to build and run my app:

To serve a production build, all we need to do is to run yarn prod.

Here we go! Our dockerized Nuxt app is ready.

We can run our Docker image using docker run or alternatively with Docker Compose. I personally use Docker Compose a lot. In my case, I created a docker-compose.production.yml that inject environment variables from the .env file in same directory.

How to safely inject environment variable for dockerized Nuxt.js on AWS ECS

This section is only applicable if you choose ECS as your deployment platform of choice.

In this section, I will walk us through on:

To add a parameter, click "Create Parameter" in the Parameter Store Management Console:

Fill up the form, then submit: 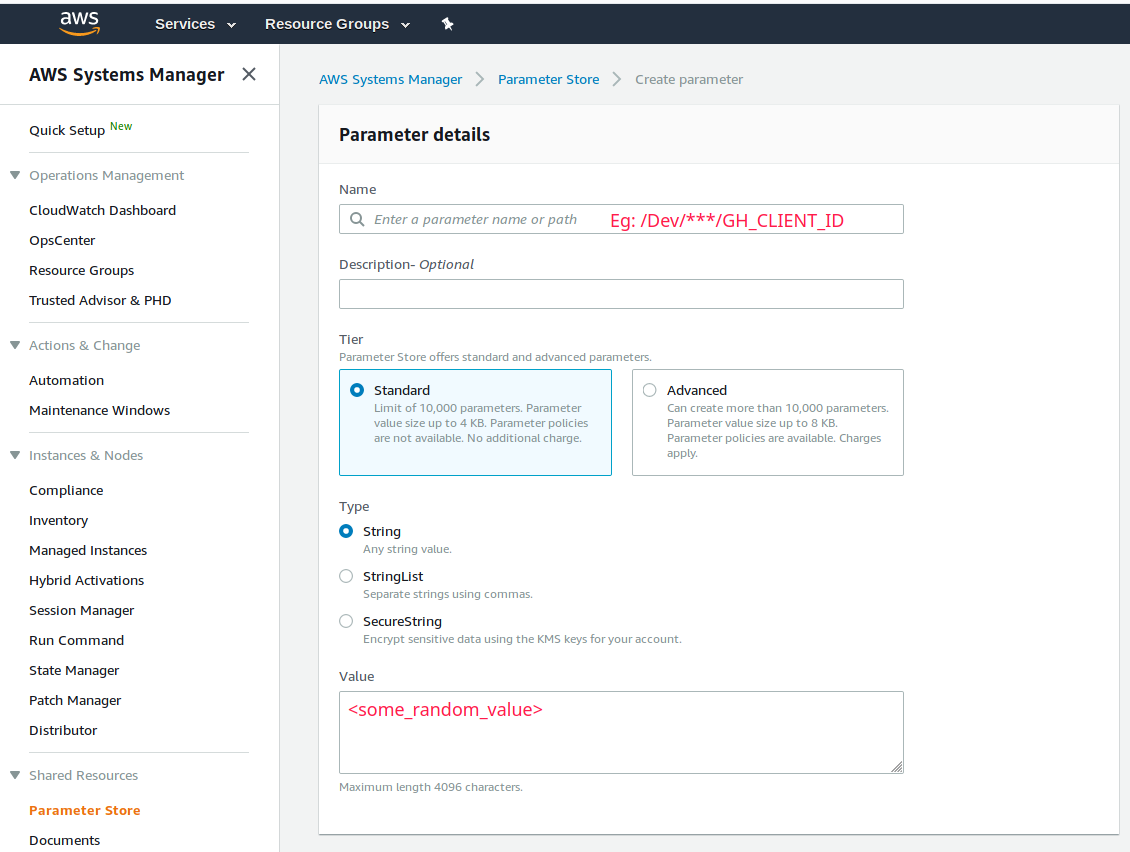 We should see the parameters created:

We will leave the parameters created for now. These will be consumed in a latter step.

To deploy our Nuxt.js app to AWS ECS, we first require a repository to store our Docker image. For the sake of simplicity, I use AWS Elastic Container Registry (ECR).

The official guide provides a comprehensive list of steps to create a repository on AWS ECR.

Once the image repository is created, we can then build and push our image:

Once it's pushed, we should see a similar output on our terminal:

Navigating to our repository with AWS Management Console, we should see our image pushed:

This guide details the steps to create a Task definition in ECS. It is highly suggested to read this if you are not familiar with the concepts of Task and Service in ECS before moving forward.

While creating an ECS Task with the Management Console, you can now reference to parameters created in SSM Parameter Store by using the ARN of the parameters. 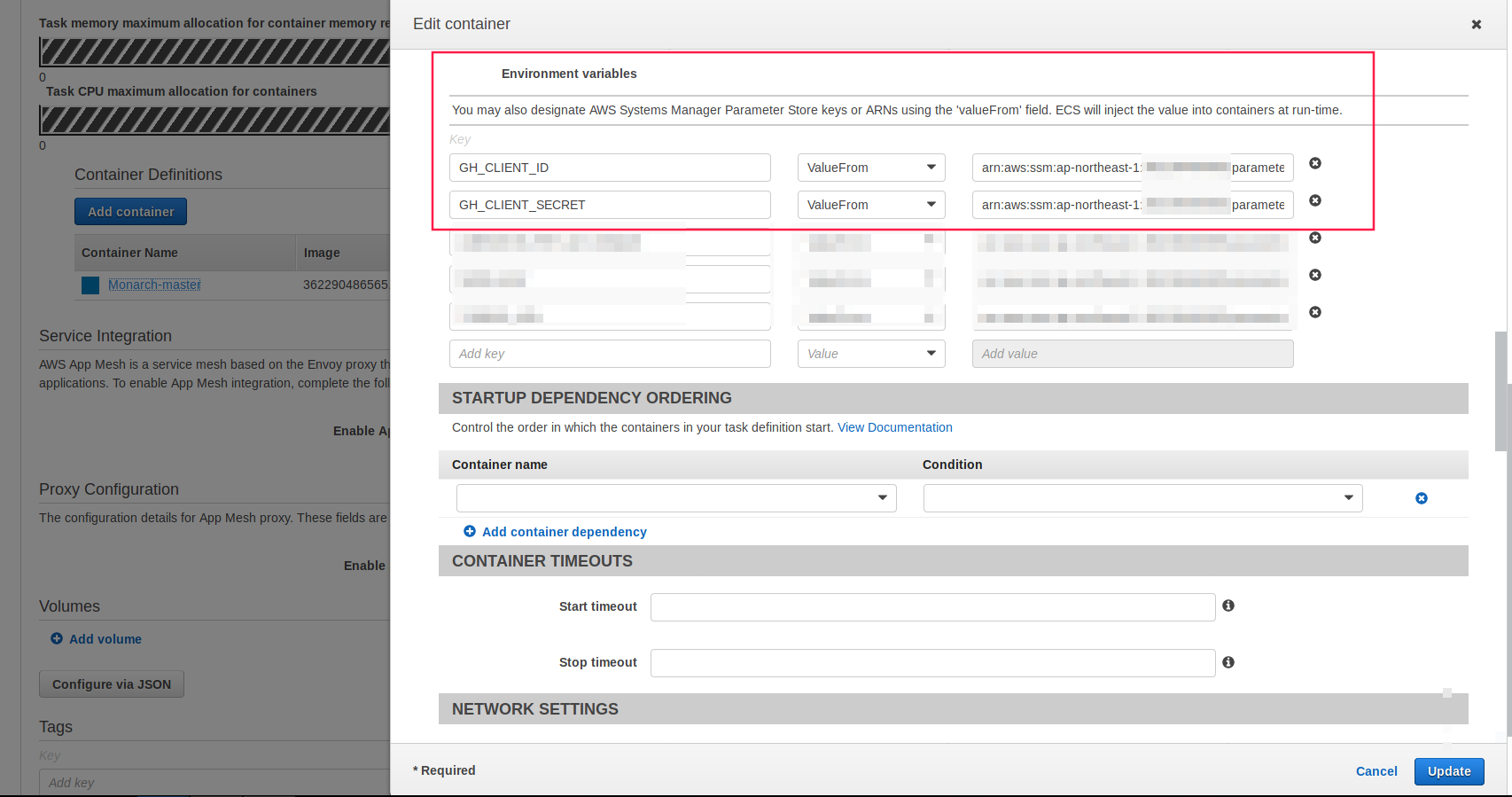 Once the Task is created, we can then run it on ECS. Navigating the the endpoint of your Task, you should be able to see your app is up and running.

Now we have a dockerized Nuxt.js SSR app that is running on ECS with sensitive environment variables stored on SSM Parameter Store.

Have fun hacking around!